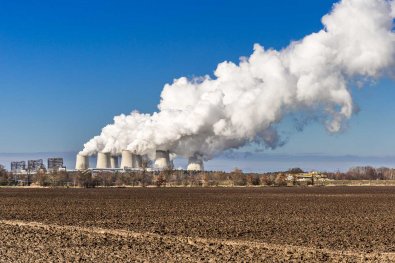 Potsdam, 9.5.2022. This week, the expert participation in the climate plan enters the second round. On this occasion, 27 stakeholders, who are involved by the Ministry of the Environment (MLUK) as experts in the development of the climate plan, published an open letter to Minister President Woidke today.
The experts from civil society, business and science call on the state government to specify in the climate plan the total amount of residual emissions that Brandenburg will still emit until it achieves climate neutrality. They also demand that these amounts of maximum residual emissions be anchored in a climate protection law. The demand is supported by over 70 Brandenburg organisations from the fields of climate, environmental and nature protection, transport associations, conventional and organic agriculture, forestry and hunting, the energy industry, local civil society initiatives, scientists and members of the Brandenburg Sustainability Advisory Council.

The Jänschwalde opencast mine does not have to be stopped on 15 May, according to today's decision by the Berlin-Brandenburg Higher Administrative Court (OVG). The Higher Administrative Court refused to suspend the current opencast mining permit in summary proceedings and amended a corresponding decision of the Cottbus Administrative Court.
"With today's decision, the legal ambiguity surrounding the Jänschwalde opencast mine continues. The court expressly leaves open whether the opencast mine is currently being operated illegally. This can only be decided in the main proceedings. The region affected by the lowering of the groundwater will be confronted with the consequences of the open-cast mine for a long time to come," says Sascha Müller-Kraenner, national director of Deutsche Umwelthilfe.
"In the case of the Jänschwalde opencast mine, LEAG still lacks several permits to implement its ideas. For example, it is still unclear whether the water extraction, which has so far only been permitted until 2022, can be extended until 2044 as requested by LEAG. In addition, the company wants to deviate from the current lignite mining plan in terms of recultivation and has not yet received permission from the authorities to do so. In all these proceedings, we will intensively examine how the damage to the water balance caused by opencast mining can be effectively minimised," says René Schuster of the GRÜNE LIGA.

Brandenbourg: Climate change and species extinction make a rapid rethink and courageous action necessary for the conversion of our forests 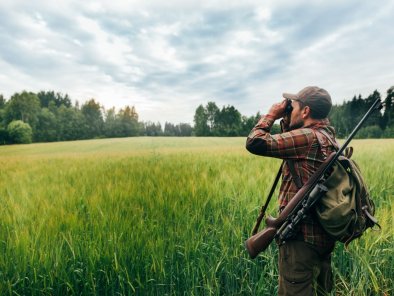 The alliance of associations "For a modern hunting and forestry law" calls for an ambitious turnaround in hunting and therefore welcomes the draft amendment to the Brandenburg Hunting Law.

The Brandenburg alliance of associations "For a modern hunting and forestry law", consisting of ÖJV, ANW, Waldbauernverband, BUND, Grüne Liga, NaturFreunden and NABU, today submits its joint statement on the draft of the new hunting law in Brandenburg presented by the state government on 4 March. The associations agree that this draft represents an urgently needed paradigm shift and thus opens the way to a sustainable, socially broadly accepted hunting system that not only brings forests and game into good coexistence.

The necessity for such a hunting turnaround has been known for a long time. The scientific advisory board of the Federal Ministry of Agriculture, for example, noted this in its report "Cornerstones of the Forest Strategy 2050" in 2020 and recognised the change in hunting laws as an essential step with which forest owners must be given the opportunity to adjust the game stocks in their forests in such a way that the regeneration of all tree species is possible even without browsing protection measures. This admonition of science is now finally being heard in Brandenburg.

Eckhard Fuhr, deputy chairman of the Ecological Hunting Association Brandenburg-Berlin (ÖJV) explains: "There are three important guiding ideas behind this reorientation of hunting in Brandenburg. These are the strengthening of the owners by drastically reducing the minimum size for proprietary hunts, a far-reaching de-bureaucratisation of hunting by abolishing all shooting plans and the strengthening of animal protection."

Announcement August 2022: "Tour de Natur" on the road this year in the Rhine region, the Middle Rhine and Frankfurt/Hanau 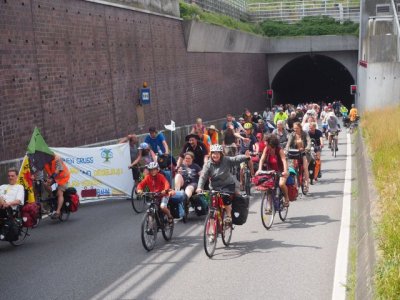 Tour de Natur" wants to offer a cycling tour again this summer. The route will lead from the Rhenish lignite mining area via the Middle Rhine to Frankfurt/Hanau. The cyclists are expected to be on the road from 2 to 13 August 2022. The planning is still in its infancy. People from the region who would like to support this year's tour can contact the organisation using the form below.

In August 1991, Frank Tober of the Suhl district branch of the Green League initiated the first bicycle protest action against the Thuringian Forest Motorway at short notice. The 30 or so participants wanted to draw the public's attention to the ecological and social consequences of the new motorway construction and discuss environmentally compatible solutions. The cyclists stayed overnight in gardens and catered for themselves. Already at the second edition in summer 1992, three times as many people took part.

The environmental network GRÜNE LIGA invites you to an online event on the resource consumption of the building industry on Saturday, 26 March 2022. It is not only the 400,000 new flats per year announced in the coalition agreement of the new federal government that make us look with concern at the resource consumption of the building industry. We will therefore discuss this with Ulrich Steinmeyer from Bauwende e.V. and Stephan Kühn, mayor of the city of Dresden and previously a member of the Bundestag for many years.